It's that time of year.. Scottie Scheffler has just won the Master's and catapulted to World No. 1 using none other than TaylorMade's new Stealth Plus Driver.

Master Club fitter Nick based in our Sydney studio decided to do some testing to see which head works best for him and see some characteristic differences in the heads.

Nicks thoughts on the current line:

Awesome! All the heads feel and look great. I personally think the HD is the best-looking head in the line.

Low spin heads have always suited me in Driver due to the way I deliver the club with an open face and across the line path, because of this reason, it wasn't a surprise to me that my most consistent numbers were with the Stealth Plus head.

Key Things I took from this session:

STEALTH HD - definitely helped to get the club face shut and was the lowest spinning due to this. Face was on average shut to club path which is an uncommon thing for me. If you struggle with an open club face with Driver, this could be great to try!

STEALTH was the highest launching and spinning head. Although my 2 longest drives of the day were with this head, both strikes were toe side of the face which cause spin to drop by 600-800 RPM. Dynamic Loft was highest with this head also. From a design point of view this head has the furthest back from the face weighting (in neutral position) giving golfers more ability to present loft with more forgiveness (higher MOI).

STEALTH PLUS - Lowest launching, but not the lowest spinning. When I got middle strike, spin was 2400 rpm - lowest strike, spin was 3000 rpm, but only a 4-meter drop in carry and 7-meter total. Strike was most consistent with this head; highest average ball speed makes sense because of this.

Which head fits YOU best? Come in for a Driver fitting and find out! 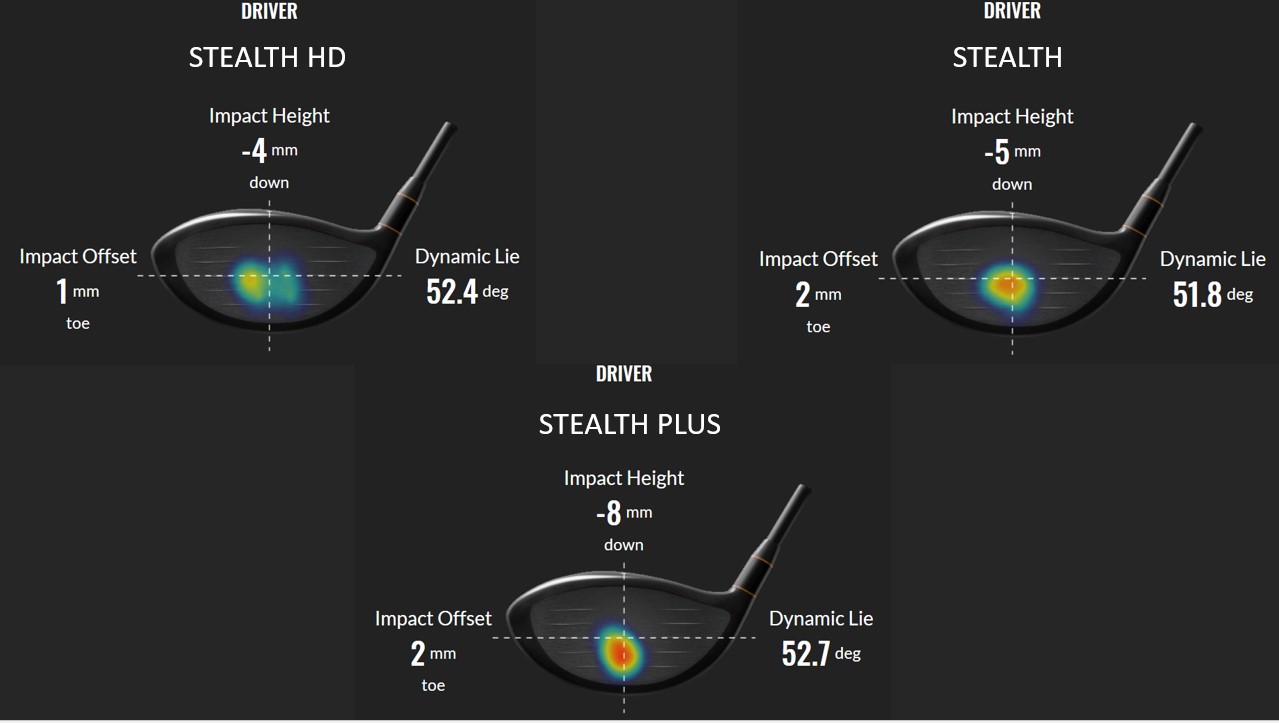 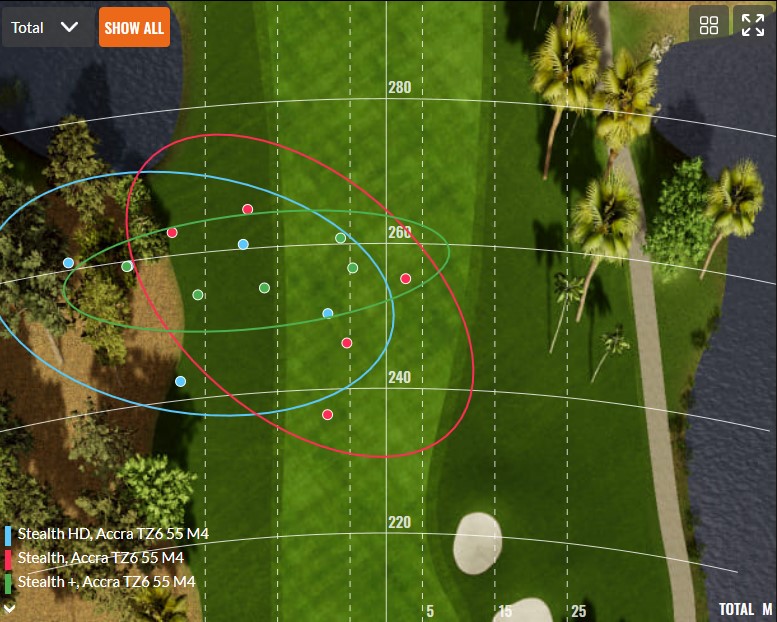 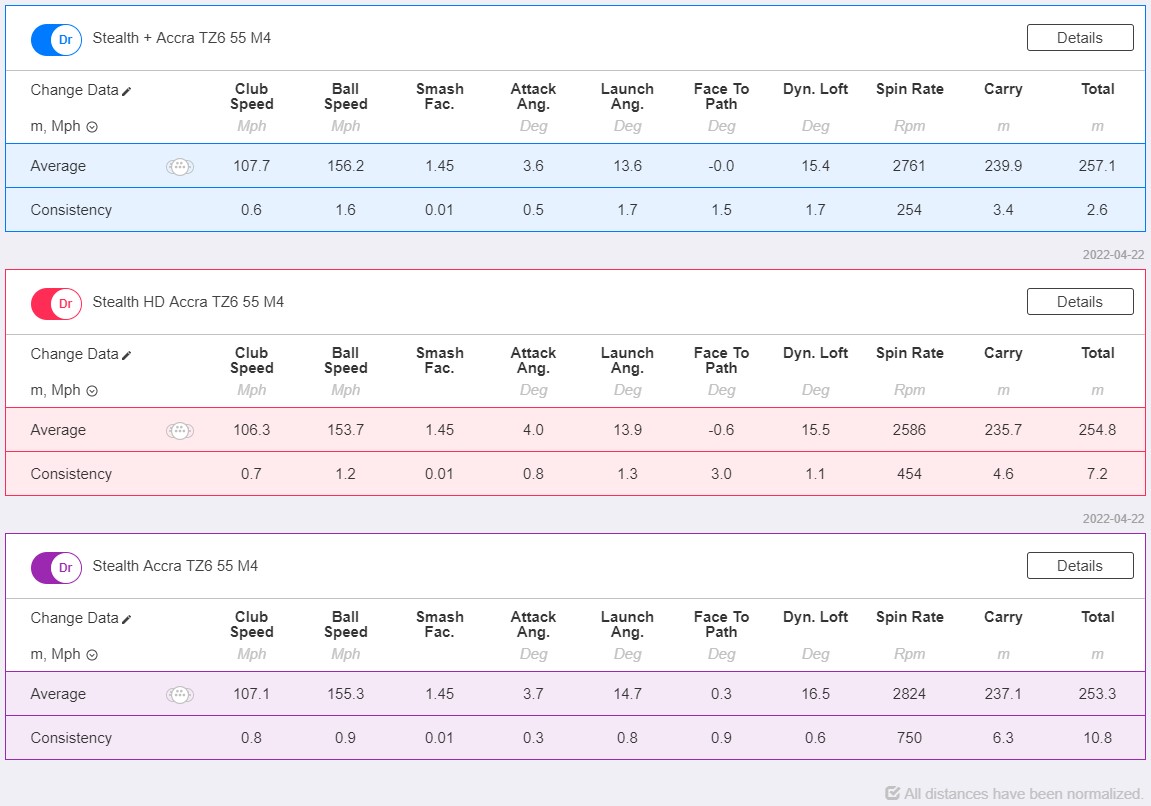 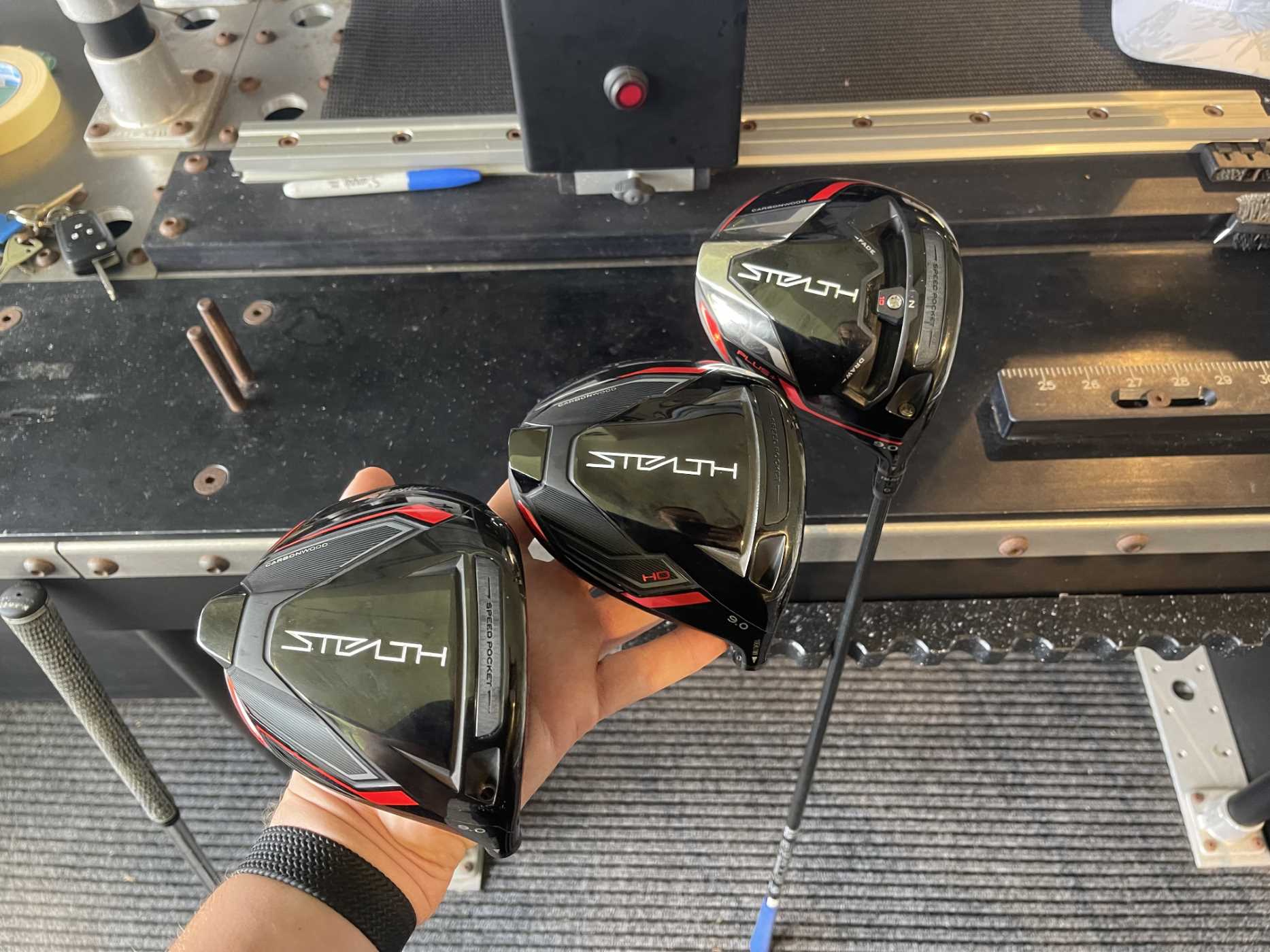 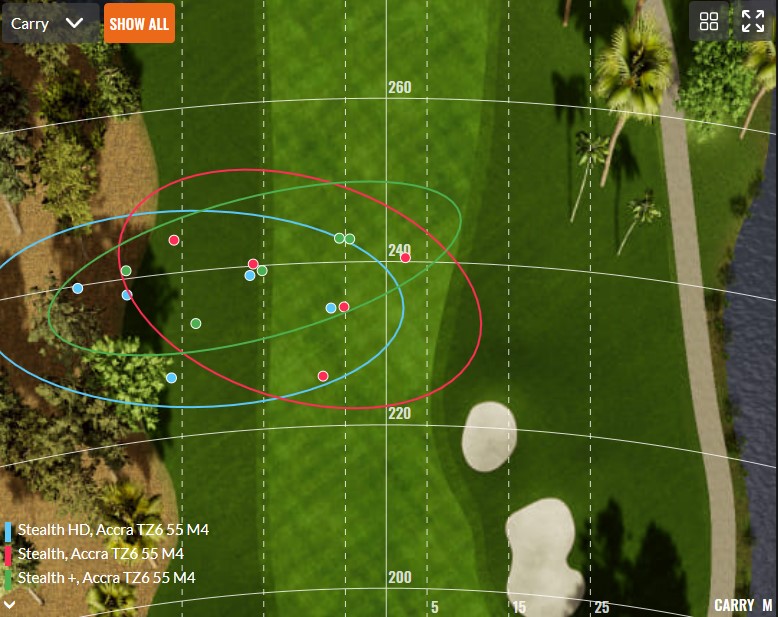